My name is Michael and in October 2015 I underwent a bronchoscopy at Heartlands Hospital, Birmingham.  The aim of the surgery was to insert endobronchial valves in my left lung and thus deflate a bulla, or sac of air which could not be expelled and was just sitting there.  The sac had been growing steadily over a period of time.  The final X-rays taken prior to surgery showed that it was occupying about three-quarters of the lung.

Like the progress of the bulla, my COPD condition developed gradually.  For a number of years I had been a fairly heavy smoker but in addition there was a history of bronchial problems on both sides of my family.  You could say, then, that the stage was set.  When you are much younger, however, you don’t always pay heed to potential dangers.  When you are very much younger, in fact, you can consider yourself nicely immortal.

There is often a trigger to accelerate the deterioration of any condition.  Mine came around Christmas 2010 with a particularly aggressive virus.  One good consequence was that I gave up smoking immediately (although this was also aided by the choice of words from my doctor, an ex-Royal Navy man: ‘Mr Thomas—that was a shot across your bows’).  Afterwards, I was prescribed an increasing number of inhalers and courses of pulmonary rehabilitation.   Only in the year or so prior to my surgery, however, did my condition become particularly oppressive.  Walks to the shops—or anywhere—became a matter of choosing stopping-places every so many yards while I got my breath back.  Going up the stairs in our house began to feel like crossing a mound, then climbing a hill, then conquering Snowdon.

The surgery itself was rapid and painless.  As I was anaesthetised, I didn’t notice it going by.  Prior to the operation, the team explained in detail what would be happening and also what the benefits would be.  The bulla was deflated in the way the team had hoped and the valves were inserted for maximum effect.   One fairly rapid benefit, I found, was being able to draw in far deeper lungfuls of breath than I had managed in ages.  For a while, in fact, it felt as though I were breathing for the first time.

Life post-surgery has been noticeably different.  Family life, social activities, interests—I have been able to pursue these with more confidence.  There are, of course, elements to guard against.  Any chest condition means vulnerability (in my case, a couple of infections came calling between the operation and Christmas, but luckily they didn’t linger for too long and, equally luckily, I had antibiotics and steroids at the ready to counter them).   For anyone contemplating or already scheduled to have a bronchoscopy, I would say it may look worrying in prospect but in fact it is a life-enhancer.  It may take some time to feel the full benefits but they will materialise.  And, perhaps most important of all, it is non-invasive.  Some things, of course, you may never manage, like running for a bus.  I can’t recall ever having done so, however—or even wanting to—so I’m not conscious of any lack.  Best wishes for your operation!

”I’d like to take this opportunity to thank you for operating on me, and for making such a good job of it. I’m not exaggerating when I tell you that it changed my life, and for that I am very grateful.
For me it was a very easy decision to go ahead with the operation, but I appreciate that others may be more apprehensive, especially if they do not have the chance to see or speak to others that have had it done. For that reason I am happy for you to put me into contact with any other patients or use me as an example, if it helps.

Below, I have added some comments on the operation and final result, they may be of interest.

After the operation, I found it very painful to cough, sneeze, laugh etc., i.e. anything that involved moving my chest rapidly.

I was back at sixth form 2 weeks after the operation.

I had a little bit of pain for up to a year, but after a few months I was feeling fairly normal.

Just over a year after I started kickboxing (so it must have been pretty strong by then!)

The hospital staff were all very nice and I have fond memories of the week spent there.

I do feel that my chest is smaller than it would normally be, meaning that my stomach protrudes slightly further than my ribcage (a little bit like a very small beer belly, I am not fat though with a bmi of around 21 and very low fat %).

I also feel like I have a low lung capacity, and I don’t score highly on the breathe out tests in the gym (I do not have never have been a smoker; also I do not have asthma and I go to the gym regularly). It may be a little bit psychological but part of me thinks that this is due to my chest being smaller.

My scar has faded a lot but is still visible, and to be honest I quite like it. Going back, I would have the operation again without hesitation.

If you would like to write your own story for other people to read we would love to hear from you, please email Mr Naidu’s secretary.  This can be done anonymously. 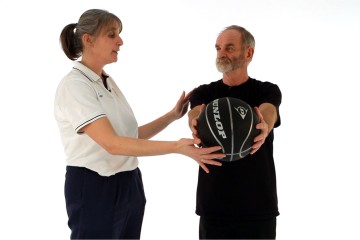 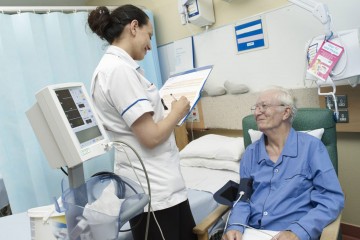 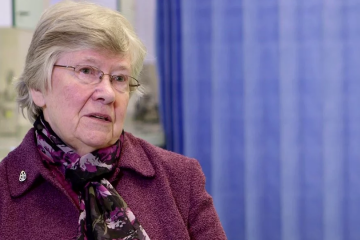