A pectus condition is the name given to a group of chest conditions in which several ribs and the breastbone (sternum) grow differently. There are two main types of pectus condition: pectus excavatum and pectus carinatum.

Pectus Excavatum
Also known as funnel chest or sunken chest, this is a depressed breastbone that makes the chest look hollow. 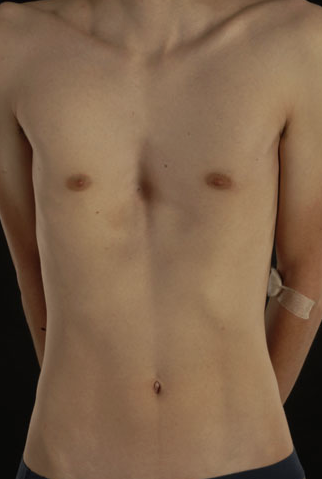 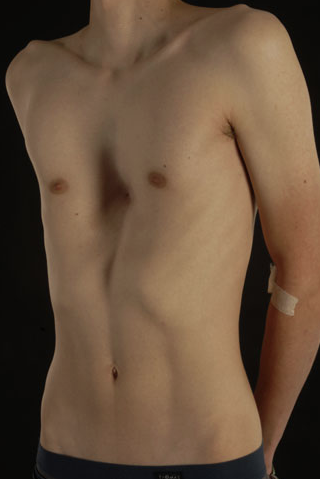 Also known as pigeon chest, this is a raised breastbone that makes the chest look pushed out. 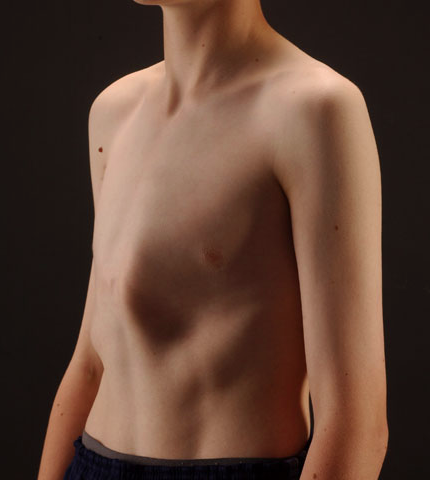 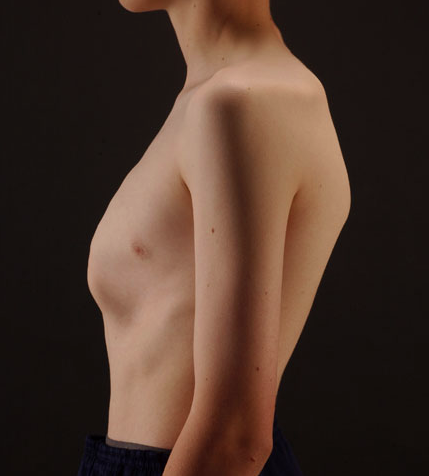 Who gets Pectus Conditions?
Pectus conditions affect 1 – 3 people per 1000 and it is 4 times more common in males. Pectus excavatum is 10 times more common than pectus carinatum. The appearance can vary from very mild to very obvious.

Pectus conditions are thought to be caused by abnormal growth at the front of the chest before a child is born. There is tissue called cartilage at the join between the ribs and the breastbone. This connects the bony part of the rib to the breastbone, and it is “overgrowth” of this cartilage which causes the breastbone to buckle inwards or outwards.

Certain conditions such as Marfan’s Syndrome or scoliosis (where the spine is curved from side to side) are associated with pectus conditions. It is thought that there may be a genetic link in some families.

Pectus conditions may be noticed at birth or within the first few months of life. The appearance may worsen during rapid growth spurts that can cause further growth of the cartilage. Once growth is complete the chest shape normally stays the same.

What are the effects of a pectus condition?

Most people with a pectus condition accept and live happily with the shape of their chest. There may be physical problems such as chest pain or difficulty breathing during hard exercise, but most patients are not affected by this. There may be psychological effects such as low self-confidence or negative self-image, with a common concern being seen without a shirt on (e.g. swimming).

We use cookies on our website to give you the most relevant experience by remembering your preferences and repeat visits. By clicking “Accept”, you consent to the use of ALL the cookies.
Cookie settingsACCEPT
Manage consent

This website uses cookies to improve your experience while you navigate through the website. Out of these, the cookies that are categorized as necessary are stored on your browser as they are essential for the working of basic functionalities of the website. We also use third-party cookies that help us analyze and understand how you use this website. These cookies will be stored in your browser only with your consent. You also have the option to opt-out of these cookies. But opting out of some of these cookies may affect your browsing experience.
Necessary Always Enabled
Necessary cookies are absolutely essential for the website to function properly. These cookies ensure basic functionalities and security features of the website, anonymously.
Analytics
Analytical cookies are used to understand how visitors interact with the website. These cookies help provide information on metrics the number of visitors, bounce rate, traffic source, etc.
SAVE & ACCEPT